4 Ways Contamination Can Cause Positive Drug Tests for Athletes

The World Anti-Doping Code prevents athletes from using certain substances. The Code is meant to bring consistency and fairness to the sports field, court, course, or another playing venue. 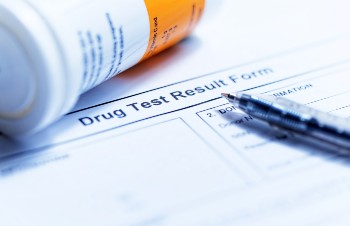 But athletes are held to a sometimes impossibly high standard known as “strict liability,” where they are responsible for whatever is present in their body regardless of how it got there. An athlete can be wrongly accused of intentionally using banned drugs because traces of prohibited substances find their way into the body by way of (1) food, (2) kissing or sexual activity, (3) contaminated supplements, and (4) contaminated prescription medicine. If this happens to you, your career as an athlete can be taken from you, and your reputation can be destroyed.

How Positives Happen Through Environmental Contamination

Today, testing labs detect banned substances present in the body in amounts as low as a trillionth of a gram (known as a “picogram”). Since banned substances can enter the body in picogram amounts through environmental contamination and athletes are responsible for whatever is in their body, it is important to know that hormone-treated meat, contaminated supplements, contaminated prescription medicine, and even kissing and sex can lead to a positive test.

Growth-promoting banned substances are used legally on beef cattle throughout the world. For example:

Athletes have tested positive for banned substances as the result of a “contaminated kiss” or unprotected sex. Specifically, positive tests have been reported for the following substances:

Athletes who rely on a supplement's label can put themselves at risk of ingesting banned substances that were inadvertently or purposefully mixed with supplement ingredients, and they can suffer the adverse consequence of a positive anti-doping test as a result.

How an Experienced International Sports Lawyer Can Help

If you are a professional athlete, you are subject to the strict liability anti-doping standard. If you want to avoid the harsh penalties of an anti-doping rule violation, you need proof of where the banned substance came from. You may not know why you tested positive or if it was because of contaminated meat, contaminated water, contaminated supplements, a contaminated kiss, sexual activity, or another reason. Yet, you need to prove your innocence if you want to be exonerated.

Do not take any unnecessary chances with your future. If you do nothing after a positive drug test, you face disqualification from an event, a period of ineligibility that could span years, fines, forfeiture of prize money, and permanent damage to your reputation.

Are You an Athlete Who Has Been Accused of Anti-Doping Rule Violations?

If you have been accused of violating anti-doping rules, it's crucial to speak with an experienced sports attorney as soon as possible. Please contact us online or call us directly at +1-207-747-5899 to schedule your initial 1 hour consultation. Our firm is devoted to the very specific practice of sports law and has represented athletes from over 50 countries and more than 50 different sports. When it comes to anti-doping rule violations, you simply can't afford to take any chances. Not only are your career and reputation at stake—so are your lifelong dreams. Don't hesitate. Contact us today.

by Paul Greene [email protected]
Recognized as one of the world’s leading sports lawyers and a well-known speaker and author.
Comments are closed.