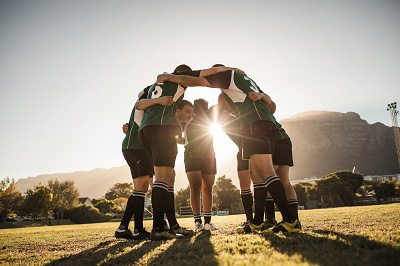 The U.S. Center for SafeSport opened its doors in 2017 and has authority over abuse or misconduct allegations within the United States Olympic & Paralympic Committee and its recognized National Governing Bodies (NGBs). This includes allegations of sexual, emotional, and physical abuse.

The SafeSport Code applies to all participants in the U.S. Olympic and Paralympic Movement, including athletes, coaches, trainers, as well as contracted individuals, and outlines multiple prohibited categories of abuse and misconduct.

Categories of violations our SafeSport lawyers can help with include:

There are no time limits or statute of limitations in place to prevent a SafeSport investigation into past misconduct, meaning athletes, coaches, and other participants can be sanctioned regardless of when the violation occurred.

According to our SafeSport lawyers, there are three general stages to the process of resolving SafeSport violation allegations:

The Center accepts the report and verifies that there is jurisdiction to consider the complaint.

Witness interviews are conducted by an investigator, and evidence is weighed. The investigator determines whether, under the preponderance of the evidence standard (more likely than not), a SafeSport Code violation occurred.

A ruling is made on whether a Code violation occurred and what penalties are appropriate. This decision can be appealed to an independent arbitrator.

The sanctions for a SafeSport violation are determined based on various factors such as the type of misconduct, the individual's prior history, whether minor children were involved, and if the conduct represents an ongoing threat. Sanctions may include:

This is an official notice of a Code violation stating that more serious repercussions will occur if there is an additional violation in the future.

The individual will be monitored for a specified timeframe and face additional disciplinary measures if there are further Code violations.

Suspension or Other Eligibility Restrictions

The individual will be unable to compete or participate in any capacity for a specific time period. They will be eligible to return when the suspension lapses, but reinstatement may be contingent on fulfilling specific requirements or subject to certain restrictions.

Additional penalties may include no-contact orders, loss of specific privileges, required completion of educational training programs, or other restrictions or conditions that SafeSport deems necessary or appropriate.

Relationship Between Criminal or Civil Charges and SafeSport Violations

In some cases, the same incident may result in criminal charges as well as SafeSport violations. However, it is important to keep in mind that the standards for proving a violation of criminal law are different from the standards for finding a violation of the SafeSport Code. As such, having criminal charges dropped or being found not guilty doesn’t necessarily mean that a person is not guilty of violating the SafeSport Code.

Victims who participate in a SafeSport investigation do not waive their right to seek other legal remedies. Depending on the circumstances, they may file a civil suit in addition to their SafeSport complaint.

If you are the victim of abuse, our SafeSport lawyers will protect your rights throughout the investigation and dispute resolution process. We can assist you in filing a complaint, prepare you for any interviews that may be required, and gather evidence to use if arbitration becomes necessary. Our SafeSport lawyers will ensure your voice is heard and that your abuser is held accountable.

Are You in Need of a SafeSport Attorney?

If you are part of a SafeSport proceeding, it is critical to speak with our experienced SafeSport lawyers as soon as possible. Contact our firm online or call us directly at +1-207-747-5899 to schedule your free consultation. We are devoted to the very specific practice of sports law and have represented athletes from over 50 countries spanning more than 50 sports. Our SafeSport lawyers are dedicated advocates for athletes and will work diligently to protect your athletic career and professional reputation.