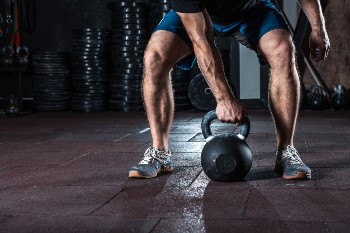 The CrossFit Games are not a signatory to the World Anti-Doping Code (WADC). Instead, CrossFit has its own Anti-Doping Program. The CrossFit's Anti-Doping Rules have several unique features athletes should know about.

Below, our experienced anti-doping lawyer details 5 major differences between CrossFit's anti-doping rules and the rules followed by the World Anti-Doping Code.

The WADC applies to athletes as well as coaches, administrators, trainers, doctors, and other persons involved in competitions. The CrossFit Policy applies only to CrossFit athletes.

CrossFit has adopted the World Anti-Doping Agency Prohibited List, but the more limited scope of the CrossFit Policy is illustrated by the size of the document. The CFDTP is a 14-page document, while the WADC clocks in at 184 pages with additional International Standards containing further requirements and clarifying provisions.

3. There is No Leniency for Whereabouts Violations

Under the WADC, a combination of three filing failures or missed tests in a 12-month period constitutes a whereabouts violation. However, CrossFit's anti-doping policy offers no leniency. A single missed test or filing failure will be considered a violation of the CFDTP.

4. Decisions Regarding Therapeutic Use Exemptions Can't Be Appealed

For the most part, CFTP rules are similar to the WADC when it comes to Therapeutic Use Exemptions (TUEs). An athlete who wants a TUE must show that their use of a banned substance provides no performance enhancements and that they would experience a significant health impairment if they were unable to treat their condition with the substance. As with the WADC, CrossFit's drug testing program has provisions that allow for a retroactive TUE in emergency situations. However, CrossFit athletes have no right to appeal a TUE decision.

If you've been accused of a violation, working with our experienced anti-doping attorney is your best option for minimizing the effect sanctions may have on your ability to compete in the sport you love.

Are You an Athlete Who Has Been Accused of a CrossFit Anti-Doping Rule Violation?

Anti-doping lawyers Paul Greene and Matthew Kaiser are leaders in the field of sports law who have represented athletes from over 50 countries spanning nearly every sports category. When it comes to anti-doping rule violations, you can't afford to take chances. Not only are your career and reputation at stake—so are your lifelong dreams. If you have been accused of violating anti-doping rules, please contact us online or call us directly at +1-207-747-5899 to schedule a initital consultation with one of our international anti-doping lawyers.