What kind of appeals are heard by the Court of Arbitration for Sport, and why is the world's highest sports court based in Lausanne, Switzerland? 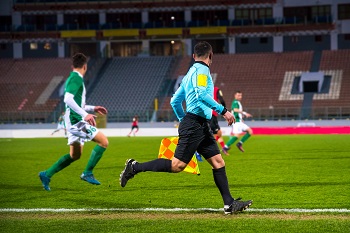 The Court of Arbitration for Sport (CAS), known as the Supreme Court for Sport, is an independent arbitration body that resolves sports disputes. The CAS hears sports-related commercial and disciplinary matters, including cases involving athletes accused of violating the World Anti-Doping Code and appeals from FIFA’s dispute resolution chamber.

A Quick History of the CAS

In the early 1980s, the International Olympic Committee (IOC) saw a need for a specialized court that could efficiently and independently resolve international sports disputes.

The IOC created the CAS in 1983, and it became operational on June 30, 1984. In the mid-1990s, the Paris Agreement created the International Council for Arbitration for Sport (ICAS) to finance and oversee the CAS.

The CAS Is Seated in Lausanne, Switzerland

The CAS is seated in Lausanne, Switzerland. This has important legal implications because all CAS cases are subject to Swiss law, which only allows for arbitration decisions to be set aside in limited circumstances by the Swiss Federal Tribunal. A CAS hearing, however, can be held in any location. The CAS maintains satellite offices in Sydney, Australia, and New York, New York.

Disputes Heard by the CAS

The CAS resolves hundreds of sports-related disputes each year:

The CAS roster includes arbitrators from more than 85 countries. A CAS case is decided by a solo arbitrator or a panel of three arbitrators.

Don't Go Before the CAS Alone

Sports arbitration decisions are final and binding and have a lasting impact on careers and reputations. Contact the experienced legal team at Global Sports Advocates. Our sports law attorneys have represented athletes, agents, and governing bodies in matters before the CAS for more than a decade.

Are You in Need of Assistance Resolving a Sports-Related Dispute?

If you are involved in a sports-related legal dispute before the Court of Arbitration for Sport, it is critical to speak with an experienced sports attorney as soon as possible. Please contact us online or call us directly at +1-207-747-5899 to schedule your initial 1 hour consultation. Our firm is devoted to the very specific practice of sports law and has represented athletes from over 50 countries and more than 50 different sports. We are dedicated advocates for our clients and will work diligently to protect your career and professional reputation. Don't hesitate. Contact us today.