Cannabinoids Can Derail Your Sports Career

The use of marijuana is still banned in-competition by the World Anti-Doping Agency (WADA). If an athlete tests positive for cannabinoids above a certain threshold, it can lead to suspensions, fines, loss of prize money, and disqualification from an event. Whether an athlete who uses cannabinoids will test positive in-competition depends on how much they use and when they use it. 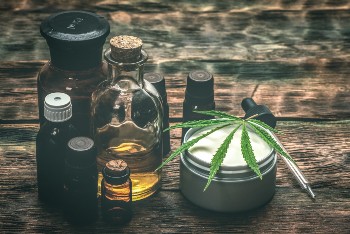 Cannabinoids Are a “Substance of Abuse”

Almost all-natural and synthetic cannabinoids are prohibited, including those found in:

Cannabidiol or CBD is not banned by WADA. However, before you take CBD, you should be aware that CBD can be contaminated with THC, which could cause a positive test.

Potential Penalties for Marijuana Use

An athlete who tests positive for cannabinoids can still be banned from competition for up to 2 years. Penalties include:

Sports teams also face consequences if more than one athlete tests positive. In some cases, the entire team can be disqualified from competition.

Let Us Help You Protect Your Career

You’ve worked too hard, and you have too much at stake to have your career ruined by an anti-doping allegation.

Are You an Athlete Who Has Been Accused of an Anti-Doping Rule Violation?

If you have been accused of violating anti-doping rules, it's crucial that you speak with an experienced sports attorney as soon as possible. Please contact us online or call us directly at +1-207-747-5899 to schedule your free consultation. Our firm is devoted to the very specific practice of sports law and has represented athletes from over 50 countries and more than 50 different sports. When it comes to anti-doping rule violations, you simply can't afford to take any chances. Not only are your career and reputation at stake—so are your lifelong dreams. Don't hesitate. Contact us today.