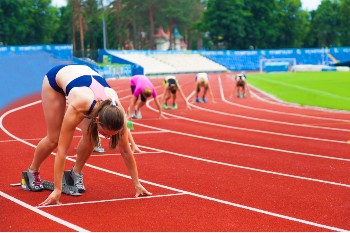 Fair play encompasses respect for others as well as respect for the institution of sport. Ensuring fairness is a fundamental principle of sports, but the Field of Play Doctrine places strict limitations on when outside intervention or challenges beyond what the rules of the game provide is acceptable.

Don't Be Confused About the Field of Play Doctrine

The application and interpretation of the rules governing on-field play is commonly referred to as field of play decisions. These decisions can include everything from whether a foul has been committed to whether a goal has been scored. Field of play decisions also include any appeals or challenges that are permitted during the game (i.e., referees reviewing a call after a coach throws a challenge flag).

Whether or not a field of play decision is reviewable (and to what extent) is typically determined by the specific provisions of the relevant rules and regulations governing the sport. Once all such appeals in the rules have been exhausted, there is generally no other recourse for teams or athletes, assuming the referee’s decision was made in a bona fide manner. As a result, sports tribunals such as the Court of Arbitration for Sport (CAS) are reticent to intervene when called upon to overturn a decision. This deference is known as the Field of Play Doctrine.

The Field of Play Doctrine is based on the belief that the rules of the game, in the strict sense of the term, are not subject to judicial control. This is particularly so because arbitrators are not selected for their expertise in a particular sport, unlike on-field referees. Therefore, they are not in a position to second guess a referee’s decision made in the heat of the moment. An arbitrator’s concern is instead the proper application of the law.

This does not mean it is impossible to have a field of play decision overturned by a sports tribunal, but it is only possible if there is evidence of fraud or a similar circumstance.

We Can Help With Challenging a Field of Play Decision

A bedrock principle of sports law, the Field of Play Doctrine states that decisions made during competition are final unless there is evidence of:

Outside of these limited circumstances, field of play decisions have historically been left untouched by sports arbitrators because of the need to give officials the necessary authority in sporting events while providing finality in competition results. Allowing arbitrators to review field of play decisions without restriction would lead to an epidemic of Monday morning 'quarterbacking' and present significant difficulty in rewriting records after a competition has occurred.

An error identified after the competition, whether admitted or not, cannot be grounds for reversing the results of the sporting event. Umpires, referees, or other match officials must interpret and apply complex rules within a limited period of time, which will inevitably lead to errors in the application of rules or disagreements as to their interpretation. However, sports tribunals will let decisions stand as long as they were initially made in good faith. The stakes of the competition are irrelevant, as the Field of Play Doctrine applies to competitions at all levels of a sport.

Get Guidance With a Sports Arbitration or Sports Litigation Lawyer

If you are involved in a field of play dispute, it is critical to speak with an experienced sports litigation or sports arbitration lawyer as soon as possible. Give us a call directly at +1-207-747-5899 or fill out our online contact form to schedule an initial consultation. Our sports attorneys are leaders in the field of sports law who have served as attorneys for athletes and organizations from over 50 countries spanning nearly every sports category.