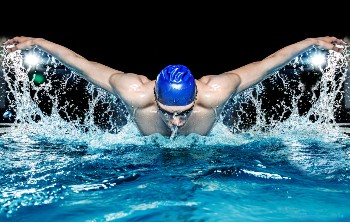 When Bosnia and Herzegovinian swimmer Jovan Lekić received a two-year suspension for an anti-doping violation in October 2021, he knew a lot was at stake. The 17-year-old swimmer had several offers to swim from colleges in the U.S. and feared that a lengthy suspension would put such an opportunity at risk. To protect his future and ensure he'd be able to continue competing in the sport he loved, he turned to Global Sports Advocates.

Anti-doping attorney Matthew Kaiser successfully argued on Jovan's behalf before the international Court of Arbitration for Sport (CAS) (colloquially referred to as the Supreme Court for sports disputes) and had the two-year suspension reduced to six months.

Jovan tested positive for the banned substance higenamine twice: once on June 26, 2021, at the 10th International Swimming Meeting in Banja Luka and then two weeks later at the European Junior Swimming Championships on July 10, 2021. Higenamine is a beta-2 agonist that can be used to open up airways and strengthen heart contractions to increase cardiac output and is banned both in and out of competition.

Determining if a supplement contains higenamine is complicated. Higenamine is most often found in pre-workout, energy, or weight-loss products; however, higenamine may not be listed as an ingredient on dietary supplements due to a lack of federal oversight or it may be referred to by other names such as,

In Jovan's case, higenamine was not listed on the label of the pre-workout supplement he was taking (ALLMAX Impact Igniter) prior to his races, but it was detected by a laboratory in the supplement after he received notice of his positive tests.

What Global Sports Advocates Did to Help

Global Sports Advocates was able to successfully reduce Jovan's suspension by establishing that there was no significant fault or negligence involved and that Jovan’s degree of fault was light. Attorney Kaiser did this by proving Jovan consumed higenamine by way of a contaminated supplement, that he did not take higenamine to enhance his performance, and that Jovan took all reasonable precautions to avoid ingesting banned substances.

Regarding the last point, since 2019, Jovan only took supplements that were purchased by his coach and verified by a doctor as clean supplements free of banned substances. Jovan also read container labels himself to ensure he understood what he was ingesting and declared all supplements on the appropriate forms.

Additionally, Jovan's age (17 years old) and limited experience with anti-doping rules factored into his reduction in sanctions. The only formal anti-doping training he had received occurred when he was just 10 years old, and he had never been tested prior to his first positive test.

When Jovan first came to GSA, he was worried that the arbitrator would not believe his positive test was the result of accidental contamination. However, Jovan is pleased with the outcome of his case and thrilled with the work Attorney Kaiser did for him to convince the arbitrator of the truth. “Matt did great—very professional and a great lawyer,” Jovan said.

"I'm glad that we got the best outcome for Jovan to make him eligible as quickly as possible," Attorney Kaiser said. "That's what motivates and drives us to keep performing. We're dedicated to helping athletes who are at a loss for what to do, and it was clear to us that Jovan didn't get a fair shake at his first hearing."

Following receipt of the CAS’s decision, Jovan has started to swim again and will be making a decision shortly about which college he will attend.

How Athletes Can Reduce the Risk of an Anti-Doping Violation

Unfortunately, anti-doping violations due to contaminated supplements are quite common. Accidental contamination can happen when the product is made in a factory that produces other items containing the contaminant and the manufacturing equipment is not cleaned properly, while intentional contamination occurs when supplements covertly include banned ingredients to make them more effective. Supplements can be contaminated with a wide range of banned substances, including beta-2 agonists, anabolic steroids, and selective androgen receptor modulators (SARMs).

To best reduce your risk of a violation caused by supplement contamination, we recommend the following precautionary measures:

If, despite your best efforts, you are accused of an anti-doping violation, contact our firm immediately. Our experienced anti-doping attorneys can:

Are You an Athlete Who Has Been Accused of an Anti-Doping Rule Violation?

If you have been accused of violating anti-doping rules, please contact us online or call us directly at +1-207-747-5899 to schedule your initial 1 hour consultation with one of our international anti-doping lawyers. Our firm is devoted to the specific practice of sports law and has represented athletes from over 50 countries spanning nearly every sports category. When it comes to anti-doping rule violations, you simply can't afford to take any chances. Not only is your career and reputation at stake—so are your lifelong dreams. Don't hesitate. Contact our anti-doping lawyers today.