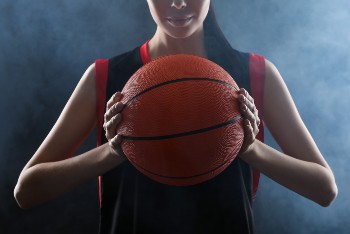 Historically, female athletes have earned substantially less than their male counterparts. However, thanks to the new NCAA NIL rules and the recent success of female college athletes in securing lucrative NIL deals, this could help to close the pay gap.

Prior to July 1, 2021, sponsorships would have jeopardized an athlete's NCAA eligibility. Now, revised NIL rules allow Division I, Division II, and Division III college athletes to receive compensation in exchange for the licensing of their name, image, and likeness. This includes a wide range of activities, such as signing autographs, wearing branded clothing, making personal appearances, and monetizing social media.

The change in NIL rules allows talented college athletes to build their personal brands and capitalize on their established fan base. Schools can't pay athletes directly for their NIL rights, but student-athletes are free to strike their own deals with private companies so long as the terms don't conflict with state law, school policies, or NCAA rules.

Why Female Athletes in College Are Benefiting From New NIL Rules

Initially, there was concern that female college athletes would be put on the backburner as companies chased after male athletes who were already household names. Fortunately, this hasn't been the case.

Now that athletes have been allowed to cash in on their NIL rights for a full year, Opendorse, a leading technology provider for the athlete endorsement industry, found that women's basketball ranks second to football in total compensation. Women's volleyball, softball, and women's swimming and diving round out the top five.

Some of the more high-profile NIL deals involving female NCAA athletes include:

While most companies are seeking deals with individual athletes, some are working with multiple women as part of a broader campaign. For example, in honor of the 50th anniversary of Title IX, the dating and social networking app Bumble signed 50 female college athletes to NIL deals as part of its "50for50" program. The program specifically looked for women from diverse backgrounds, selecting athletes from state colleges as well as HBCUs.

There are several reasons why female college athletes are an appealing target for NIL deals:

For talented young women, NIL deals can be highly lucrative. With so much at stake, it's wise to consult an experienced NIL attorney before signing any contract. Our NIL attorney can:

Are You an College Athlete Seeking to Protect Your Name, Image, and Likeness?

If you're an athlete concerned with protecting your name, image, and likeness rights, it is critical to speak with our experienced NIL attorney as soon as possible. Please contact us online or call us directly at +1-207-747-5899 to schedule your initial 1 hour consultation.