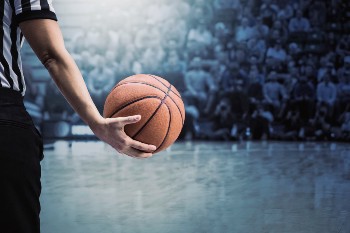 Originally known as the Fédération Internationale de Basketball (FIBA) Arbitral Tribunal, the Basketball Arbitral Tribunal (BAT) was established in 2006 to allow for the resolution of contractual disputes between players, agents, coaches, and clubs via arbitration. The organization is comprised of a president, a vice-president, and eight arbitrators.

When compared to a traditional litigation and court-based approach to resolving conflicts, the BAT provides a simple, quick, and inexpensive method of dispute resolution.

What Jurisdiction Does the Basketball Arbitral Tribunal Have?

The Basketball Arbitral Tribunal can resolve contractual (i.e. non-disciplinary, non-technical, and non-eligibility related) disputes in the world of basketball, as long as FIBA, its respective divisions, or its disciplinary bodies are not directly involved in the dispute. However, since the BAT is not mandatory for basketball disputes, a dispute is only admissible to BAT if the contractual agreement between the parties contains an arbitration clause such as:

A BAT arbitrator can refuse to proceed with the arbitration at any time if they believe the tribunal is not appropriate to resolve the dispute.

The working language of the BAT is English, but the arbitrator may decide to hold proceedings in another language after consulting the parties involved in the dispute. Any documents provided in a language other than English must be accompanied by a certified translation unless the arbitrator decides otherwise.

The Basketball Arbitral Tribunal is seated in Geneva, Switzerland. BAT arbitration is governed by local Swiss laws as well as its own arbitration rules as outlined in Chapter 12 of the Swiss Act on Private International Law (PILA).

As compared to the Court of Arbitration for Sport (CAS), which allows for either one or three arbitrators to decide a dispute, BAT is different in that its rules allow for only one arbitrator, chosen by BAT itself, to arbitrate the matter.

If you have legitimate doubts about the arbitrator's independence or objectivity, you have the right to challenge their appointment. This request must be brought within seven days after the grounds for the challenge first become known. Challenges are reviewed by the BAT president. If the challenge is successful, the next available arbitrator will be chosen.

Similar to CAS, the BAT will not proceed until the full amount of the advance of costs is received. A party may decline to advance their share of costs, but if this happens, the other party will have the opportunity to pay the full amount to ensure the arbitration commences.

The Basketball Arbitral Tribunal will issue an arbitration award within six weeks of the end of the proceedings or payment of any outstanding advance on costs, whichever comes last. BAT awards are not confidential unless this has been ordered by the arbitrator or the BAT president.

BAT awards do not automatically include reasons unless the dispute exceeds 100,000 euros. If the dispute is under this amount, reasons will only be provided if the party files a request at any stage of the proceedings from when the request for arbitration is filed until no later than 10 days after the notification of the award without reasons.

Failure to honor a BAT award may result in FIBA sanctions such as:

Sanctions can be applied cumulatively and more than once if BAT deems it appropriate. As true arbitral awards, BAT awards may be enforced in accordance with the New York Convention on the Recognition and Enforcement of Foreign Arbitral Awards.

Initially, parties were allowed to appeal BAT awards to the CAS. However, this right to a CAS appeal was abolished in 2010. Currently, the annulment authority is the Swiss Federal Tribunal. Acceptable grounds for annulment are outlined in Chapter 12 of the PILA:

Hiring an experienced and proven sports arbitration lawyer for a BAT case will ensure that you understand what rules are in place and prevent you from making statements that might inadvertently hurt your case. Your sports arbitration lawyer will also handle all communication with parties involved in the dispute, which will allow you more time to focus on excelling in the sport you love.

One advantageous feature of the Basketball Arbitral Tribunal is the ability to award legal costs to the victorious party. This allows you to use a specialized law firm that best meets your demand since any expenses incurred by your lawyers may ultimately be recovered.

Do You Need to Speak With a Sports Arbitration or Sports Litigation Lawyer?

If you are involved in a basketball dispute under BAT, it is critical to speak with experienced sports litigation or sports arbitration lawyer as soon as possible. Give us a call directly at +1-207-747-5899 or fill out our online contact form to schedule your initial 1 hour consultation.

Our sports attorneys, Paul Greene and Matthew Kaiser, are leaders in the field of sports law who have served as attorneys for athletes from over 50 countries spanning nearly every sports category. When your career and reputation are at stake, you can count on Global Sports Advocates to provide the world-class advocacy you deserve.